In the course, The Staged Photograph, the task was to produce a series of staged images to tell a narrative story. I decided to shoot the development of a love story between a young naive girl and a bad boy, a cliché that is often used in films. 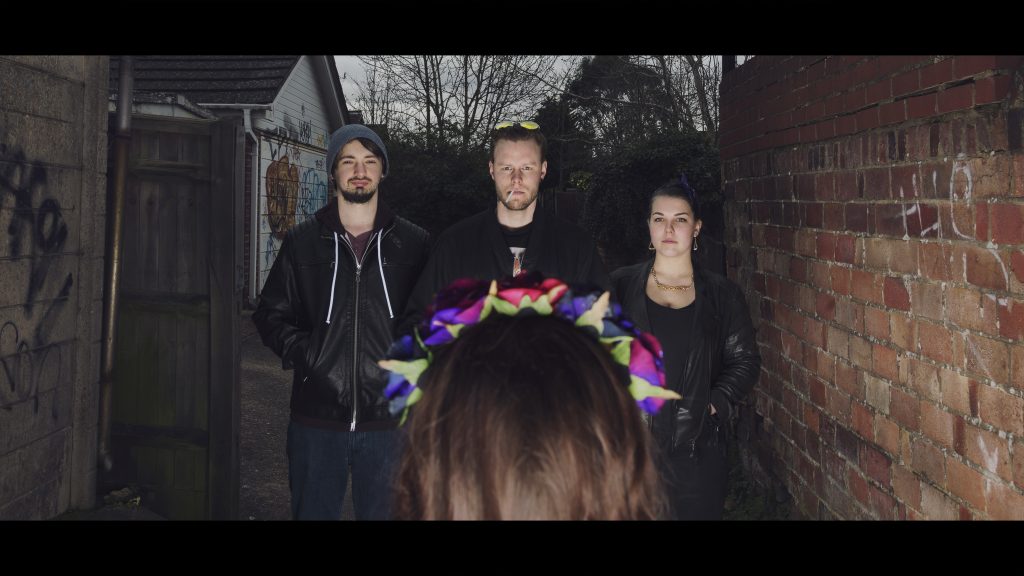 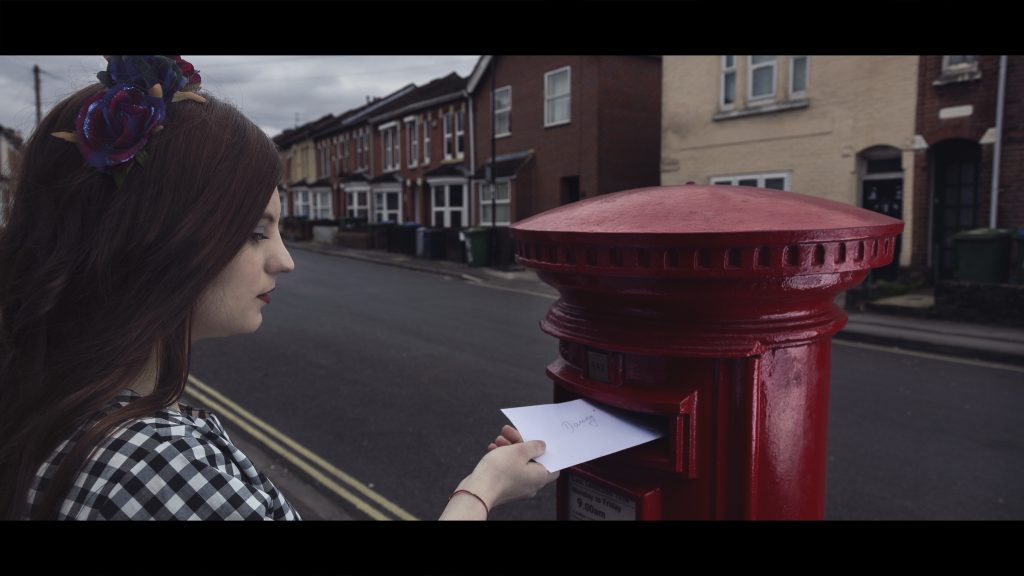 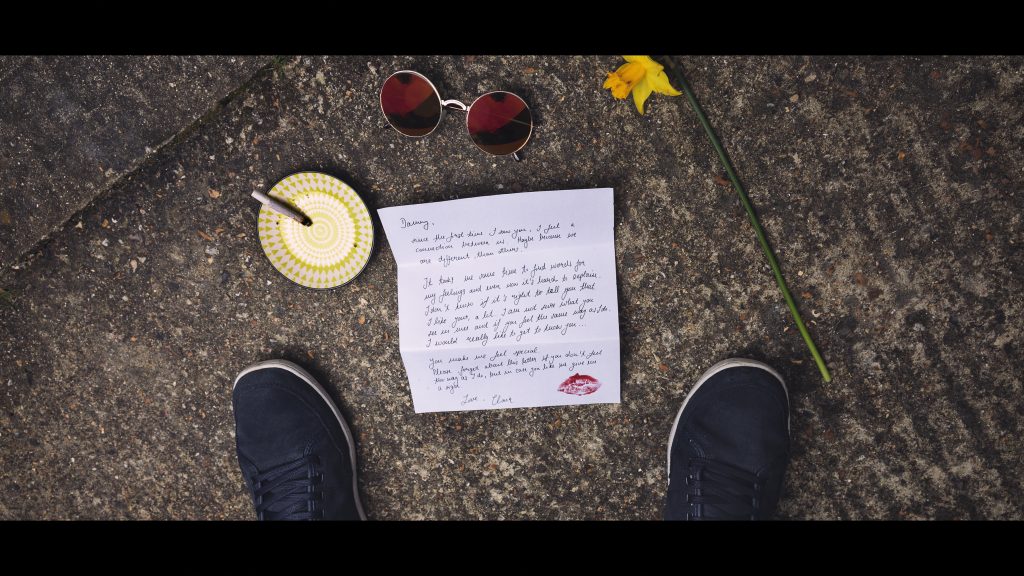 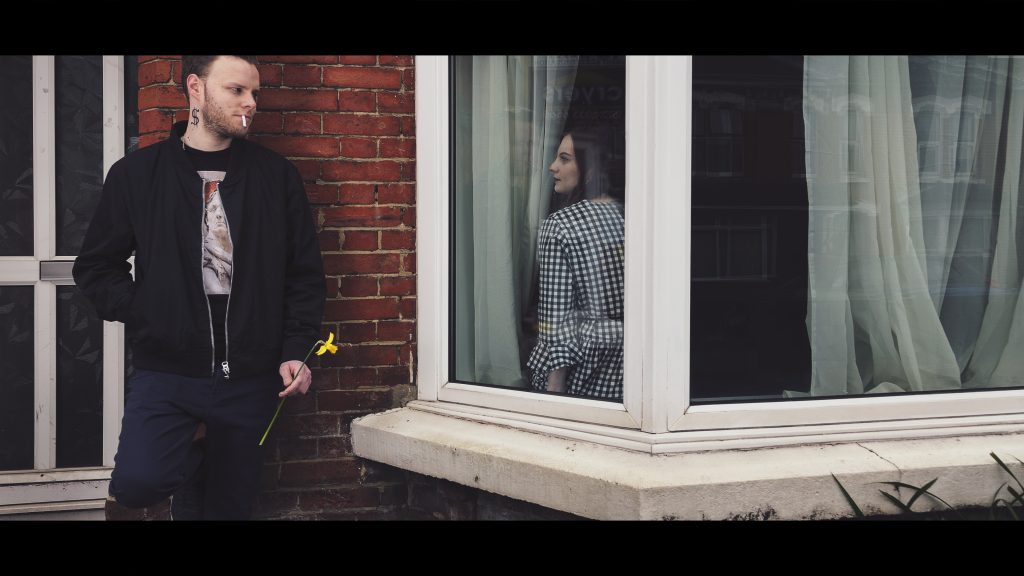 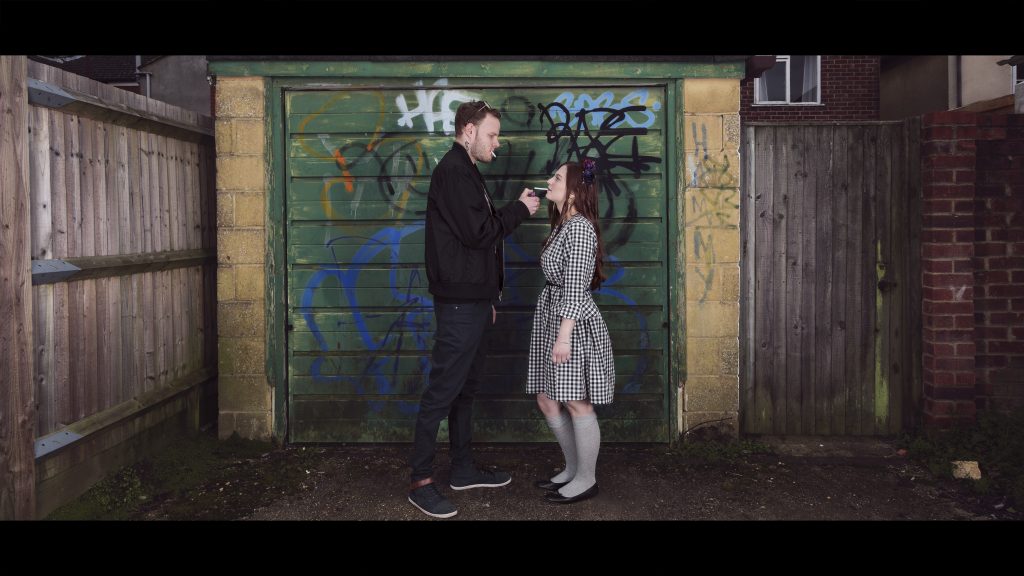 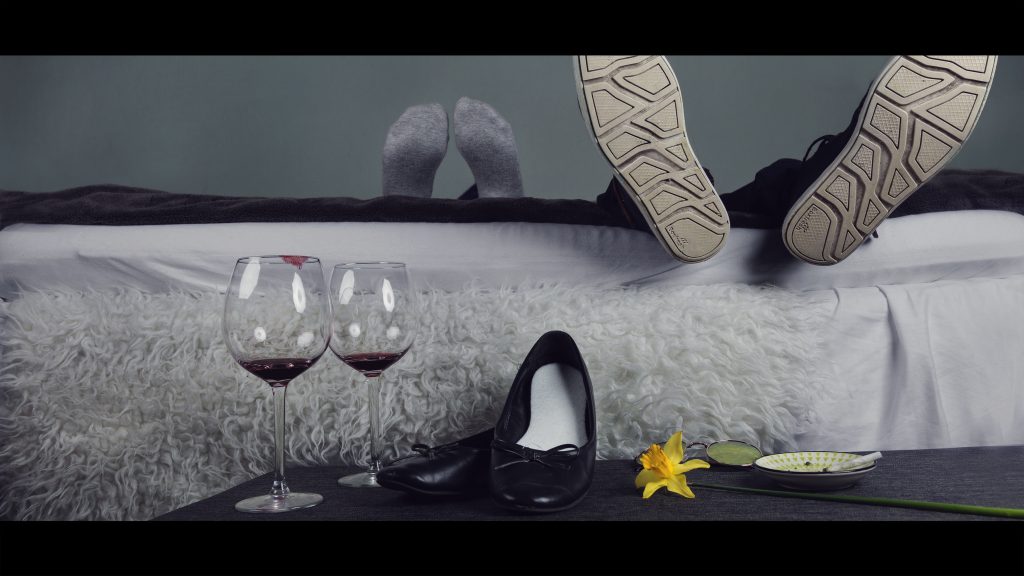 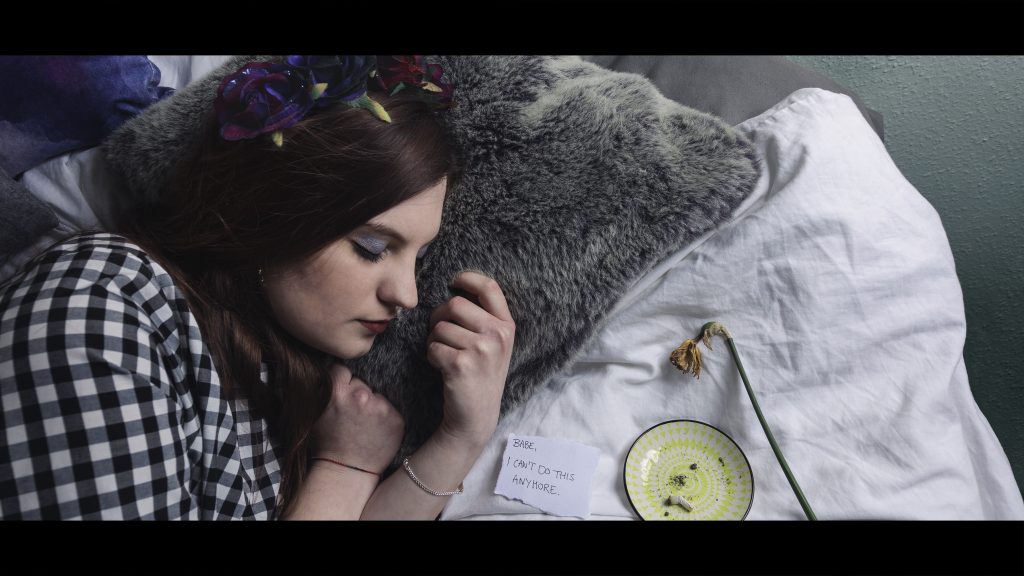 The first picture shows the first encounter of the girl with the boy and his friends. The chosen perspective highlights the connection between the couple. Symmetry is used to draw the focus to the eye contact of them. The next photo displays the girl posting a letter to a post box, you can read the name “Danny” and suggest that this is the boy from the previous picture. This picture is followed by the next image where you can read the letter and see the boy’s shoes. He picks her up in the next picture and tempts her to the “bad side” by giving her one of his cigarettes. In the next picture, it seems like they became a couple and celebrate their love. But the last image shows the girl in her bed with a farewell note next to her.

The story does not have a happy end and that is what makes it different to other love stories in the most films. Otherwise it would be a boring and ordinary series.

Additionally, some objects are repeating in the pictures, for example the boy always smokes a cigarette and wears his sunglasses, while the girl wears a flower crown and a cute dress. This emphasises the cliché attributes, the “bad boy” and the “good girl” have.

Furthermore, the attentive viewer can identify symbols of transience and could imagine the end of the story in advance. In the last image, the always lighted cigarette is stubbed out and the flower is withered. This is a symbol for the end of their love.

I am very satisfied with the series and like the successful staging, detailed imagery and symbolism.